A downloadable game for Windows and macOS

It's time for your shift.

Meat Shift is a narrative game that takes place in the dirty halls of a  slaughterhouse and meat packing facility just after the turn of the 20th century.

Donate to Our Ko-fi

This game was really cool and I enjoyed it a lot!!!!

Reply
AmberHolster3 days ago
was a little hard to get through because of my weak stomach however,it was creepy.
Reply
itspandabum4 days ago

I do not envy people that needs to do this on a day to day basis. Honestly, if you don't want to turn vegetarian or vegan, its best to avoid this game. Otherwise, this game is a masterpiece, the ending left me confused but I gave explaining the ending a crack though.

Reply
Nobody5 days ago

ONE OF THE WORST JOBS EVER !

check out my gameplay if you'd like ! and please make more games

I never thought that the woman would become like that :(
I screamed the whole way

I honestly had no idea what was going on for the longest time. Because im stupid lol. But the game was actually pretty solid

i got bored after being stuck for 20 minutes in the water/blood sloshy area. i dont know if it was the end or not, but im just gonna move on to the next game. overall the game isnt bad, just a tad bit confusing with where to go and what to do at times

I love it when horror goes in different directions. Talk about coming full circle! The visual quality is odd — in a great way. Rather than feeling frightened, I was constantly uncomfortable; the scares came later, as if the there were several layers to the story that were all building to a peak.I was especially delighted with how the game ends. Meat Shift proves that there is beauty in the grotesque.

this game made me feel tense almost the entire time, its got a dope story, looking forward to playing more games like these.

Amazing. A graphic masterpiece, the story is quite good. A really great job!!

Reply
Maskly17 days ago (1 edit)
Hello! I played this and ive got to say i really enjoyed it!The story sounds and ambiance of this game were really really good! The maggots in the pig triggered my trypophobia.>.<
Reply
medusadasedusa17 days ago

The narrative was so interesting I talk about it in the video, but the ambiance is what really sells this game. No real jump scares, but the game is just overtly creepy and I think it did a decent job of leading me forward without telling me where to go. Thanks!

There was definitely a deeper meaning behind this game, but I'm too shallow to understand it... Loved the moments too! Played this in the latter portion of my video, hope you enjoy!

Thank you for creating a very good and interesting game. Can't wait to play your next game.

Not What I expected at once but had a surprisingly good time. I promise to never again disrespect mrs. Verbeck

Reply
BerryDeaf21 days ago
Alright, no more sausages for me...

Very interesting art style. I liked the approach of making you feel confused and controlled throughout the game. The splash of red here and there is a nice touch. Reminds me of Sin City. I kind of get the story at the end. At first I thought someone was watching me, but now I know that is not the case. I would maybe next time make the areas a bit easier to recognize when doing the cutscenes to tie in the story faster. Thanks for making the game!

Last game I played. Not bad, but a little weird

A  great game to end the year with. uwu.

Wonderfully disturbing and yet incredibly aethstetic!

AMAZING, yet unsettling game. Love the black and white footage with the occasional red. Check out my video if you get time. Thanks!

Why am I contributing to the Big Meat machine?? hahaha definitely a disturbing, yet unique experience. I love the black and white depressive appeal, with only the color red being pronounced. It really adds to the eeriness and muddled safety practices of the facility. Be wary of what you consume people!

Amazingly unsettling game, although I did find 1 quick glitch.

You can open the door to the grinder from the other side of the conveyor belt which led me to be a little bit confused, but other than that, great game!

Oops, I guess we forgot to put a collider on the grinder haha! Thanks for letting us know.

This was a great game. I didn't realise it in the video, but the first 'sewer' scene was also connected to the very end. Overall it was a great game and really well connected and made. The subtle camera angles and everything both added to the creepy vibe and eluded to something else that would be realised towards the end.

It was a great looking game as well, the simplistic graphics and sounds made the colours that were there and the things that did happen to have that much more impact, especially the blood and the light of the grinder.

Overall a very well done game and good luck on future ones!

Thanks so much for playing, glad you liked it!

amazing short indie horror game. i didnt quite get the whole story to be honest but the ending just made it a lot more disturbing and just WTF! the environment felt very unsettling with minimalistic effort yet very effective, and the whole mrs.verbeck that really creeped my out too...also mrs.verneck can suck it i didn't like her haha.  I had a lot of fun playing the game, keep up the great work! i made a video no commentary!

Thanks for the comment. What about the game unsatisfied you? We'd love to learn and improve for our next project!

the gameplay was extremely slow and boring, and I feel too much work was put into the art and not into the actual gameplay

Reply
iwanPlays27 days ago
what a lovely horror show...
Reply
Jaboblu28 days ago 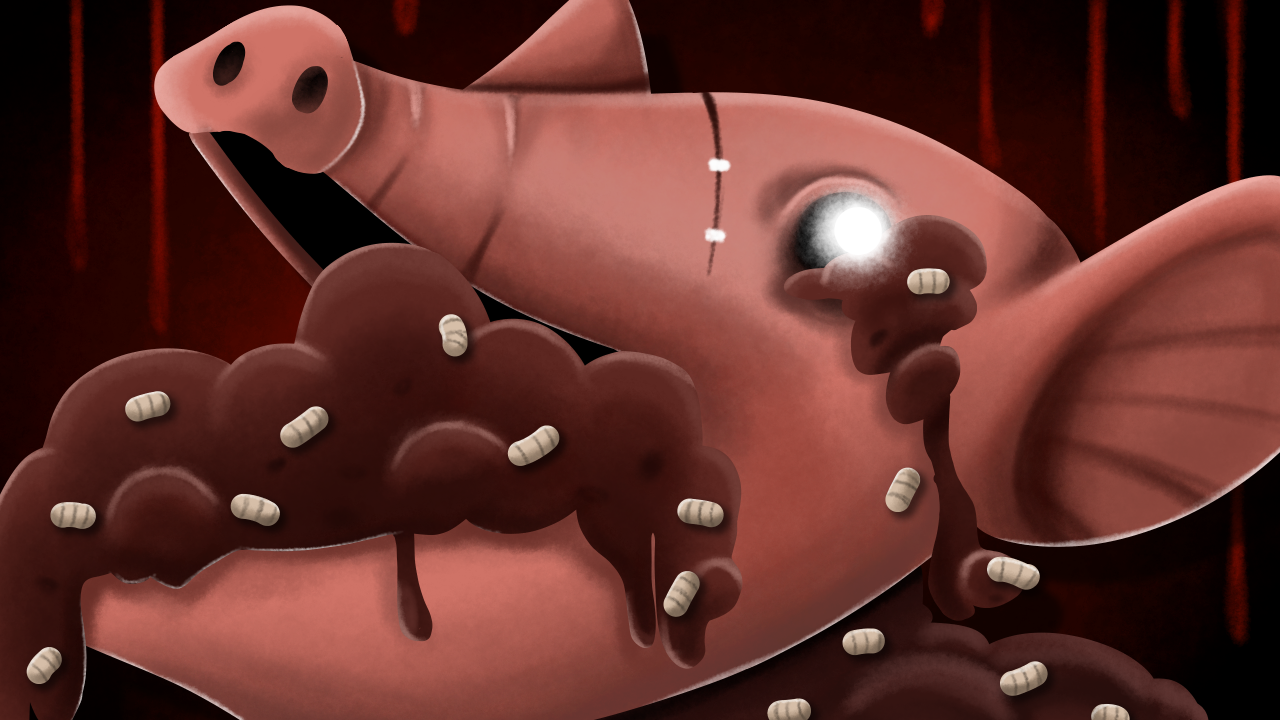 This is one of the most unsettling games I had played for some time now, I think this thumbnail does it justice. Great job on making me not want to work in that industry.

Thank you for playing! Do you have a Twitter? We'd love to RT your art if you've posted it.

No prob, my account is Jaboblu. I appreciate it a lot. Keep up the good work on games.

Spooky, stylistic with its use of being black and white except for the use of the color red with some things, and had fun with this short horror game. Unique!

Great job, folks! This was a great example of "Horror Games As Social Commentary", and the look of the game/art style was a good decision. Looking forward to more of your stuff!

Pretty creepy and fun. I liked the use of time in the beginning and end of the game, and the emptiness that the game seems to show.

FIRST DAY AT THE JOB AND I QUIT!!!

Ok the very first thing that stood out to me was the filter that was being used. It seemed like the camera was in cased in a dome that didn't rotate with you, so it gave everything a weird look normally and even weirder as you rotated (cool concept). This game is pretty cool and has a nice narrative. I found myself looking behind me every time one of those cut scenes were over until I realized what was happening.

This game isn't to far from reality... I mean do any of us know a butcher in real life...?

A good game, but the sound is very loud

** I didn't include any critique in my video; it is the original gameplay and commentary, edited to enhance the comedic elements of the session. Discussion is below video **

Okay, so, where to begin? I have so much to say!

I believe this game is a metaphor comparing how we treat animals, specifically pigs in a slaughterhouse, to human life. Either that, or the game is a showcase for how grueling, dark, depressing and dirty working in a meat plant can be for the below-average joe ho hasn't reached Mrs. Verbeck-levels of sorcery.

We as human beings like to believe that we are free when in actuality, we are not; the majority of us, that is. We wake up just to go to work and are expected to produce a quality of work without fail that is befitting of whatever massive corporate monopoly we slave for each and every day.

Mrs. Verbeck appears friendly to us because we are told to greet her before we start our tasks and she waves back, smiling; however, she is the butcher and the executioner, or the one who causes our demise. Our superiors in the workplace can be viewed similarly. She has the hefty job of killing the pigs while the main characters job is to perform grunt work and prepare the finalized product which is all the consumer ever sees. A top-level manager at Walmart signs the documents while the workers transport, recieve, organize, sort, stock, and etc. the products.

The main character attempted to fix a major problem without direction from the voice and was killed because of it. In reality, any injury that causes us to not be able to work is "death sentence" for both ourselves, and the company. We need to work to make money, buy food and have shelter; the company is effected by less work being done due to one (or more) less workers which can effect a whole week or months of earnings.

I love how the voice repeatedly tells us how important our work is and that we are a valued member of the meat processing plant, yet doesn't even give the character enough time to eat more than one sausage during the break. Reminds me of working an 8 to 12 hour shift and only being allowed a half hour for break or be penalized.

In a slaughterhouse, the pigs are given just enough shelter and food to live long enough to become food. We as humans are given just enough choice of resources to survive so we can work and work and continue walking along that path until willfully throwing ourselves one-by-one into that old bloody grinder with only death to save us.

To conclude...yes, I enjoyed this game and all its queasiness.

* QUESTION: Is there a message in the work and what is it?

Thanks for playing and for this message. It sounds like you've gotten our point, it's about worker exploitation at its core. ;) We're so glad to hear you enjoyed it!

Your team did an amazing job! 'Following' to see what comes next!

I used to work with a guy who was missing a finger and a half.

This game is the 2nd game in my 3 Scary Games feature video!

I saw this game on a stream where someone played a bunch of games from the jam. I must say one thing: this absolutely nails its tone. This meat plant had my skin crawling the entire time. The atmosphere had taken a firm grasp of my attention with two big, burly hands and refused to let go.

It's an experience that is put together incredibly well, and I'd easily recommend it to any horror buffs who have stronger stomachs than I.

It's so nice to hear this, thank you for playing! 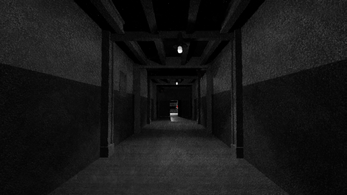 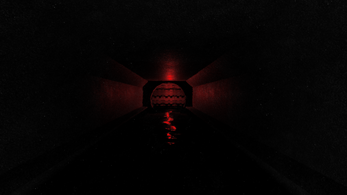 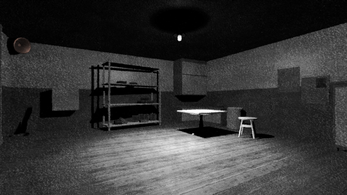 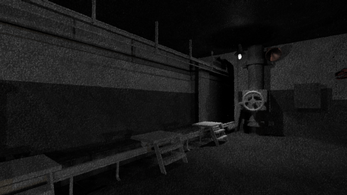 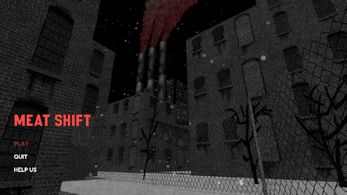